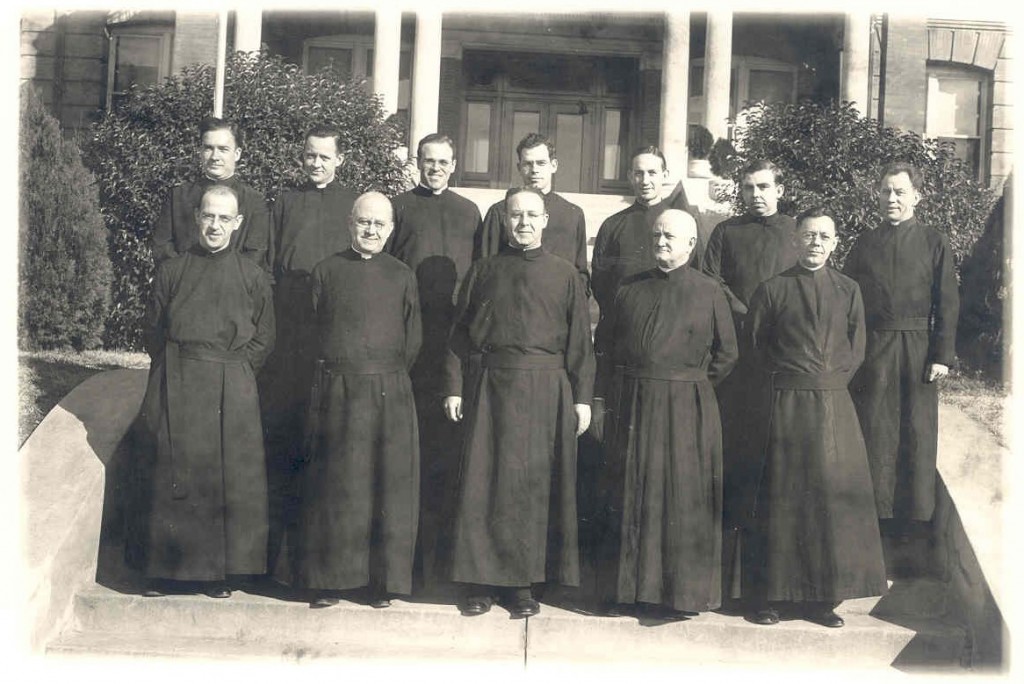 Well, you asked for it.  Against the better judgment of the good Jesuit fathers, I and my colleagues were in the first graduating class of Jesuit High School in Dallas, Texas.  The campus was what had originally been the property of either the diocese or the order that runs Notre Dame.  It was called “Dallas University” when I was a child. But it wasn’t a school at all when I remembered it, it was an orphanage. We, the first graduating class, were really products of the education given us by the Sisters of Divine Providence.  The campus was in the red brick building next to what once was St. Joseph’s church, later St. Andrew Kim Catholic church, and now a private residence of a wealthy actress.

It probably was a ghetto frame of mind, but we were quite proud of our little high school.  Then when the Jesuits came to town they came from a highly successful five hundred year run of successful education of young men.  That success meant nothing to us.  As you may be aware, the publicity, along with a mountain of misinformation, did not make us willing seekers of knowledge at the feet of our black robed masters.  There were two areas of agreement between us and them.  They wanted a good football team and they brought Mr. Hohman, the band director at St. Joseph’s, and he brought along a successful band program.  Obviously these two are on the periphery of secondary education.

At the heart of education and the problems at Jesuit High at that time was a fundamental disconnect between us, the students, and them, the teachers.  What they wanted, we did not want, and what we wanted, they were uninterested in.  The football team was better than the one at St. Joseph High.  And the band was small, but good.  The Jesuits started a drama club and a periodical newspaper.  And they taught us English, chemistry, trigonometry, American history and apologetics (the singularly most important semester in my secondary schooling).

The problem was mostly discipline.  When I was there, the good fathers could not think of some form of punishment, short of a birch rod, that worked.  Two years later they got the problem in hand – after expelling six students.

Now, to your questions.  Jesuit offered us nothing [to come there].  Our [previous] school was shut down.  It [Jesuit] was “the only game in town.”  The above should give you my answer to what it was like to come as a senior.

My memories about the commons, etc.  I didn’t play basketball, chapel was chapel.  Dances.   I didn’t dance – still can’t.  Graduation.  I gave a speech of my own composition (except for the closing line which was furnished to me by Eddie Mahr who I knew from St. Josephs).  The speech was not well received by my relatives, but the bishop (Lynch) liked it, he said.  Later I was introduced by Fr. Kammer to one of his associates as the guy who made the “speech.”  There were jokes in it.  The audience laughed at all of them except the first one.

My favorite class when at Jesuit was trigonometry because I could see a reason for it.  Fr. Kammer made the greatest impression on me.  He was a scholastic at the time.  Later, apologetics loomed large.  I went to sea as a well paid merchant seaman.  On ships we talked about important subjects besides sex.  And I was painfully aware that I could not hold my own against dyed-in-the-wool Communists and Socialists.  But I remembered that there were rational proofs for the existence of God, the soul, etc.  But I did not know them, and I later went to a Jesuit college where I learned them.

I wrote a column for the newspaper, which that year was a tabloid sized thing that came out about four times in the year.  My column was adolescent.  The first installment was a blast at the football team.  (I was sort of a member.)  It was not published.  Football was sacred then as now.  For the last issue, I tried to write an editorial about the war between faculty and seniors, but did not have the words and gave it up.

The “high jinks” that I can remember were stories told to me by Eddie Mahr after I graduated.  So they are at best second hand.

I didn’t do anything for Saturday night fun.  In 1943, Saturday was a working day so Friday was not party night yet.

To my knowledge I was the only member of my class who was not in the military, but I did go to sea.  My wartime service consisted of four days at sea going from Jacksonville, Florida, to Galveston, Texas, while the war in the Pacific was still going on.  But I sailed for years afterwards.

Most everybody I knew in school went into the military.  Mostly, they enlisted in the volunteer services, i. e. Navy or Marines.  A few were drafted.  One of my classmates, Jerry McGinnis, was in the Marines and was killed at Iwo Jima.  Others took part in battles, mostly in the Pacific. 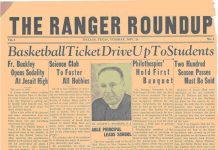 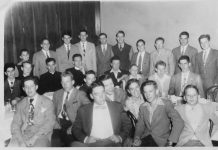 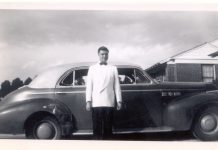