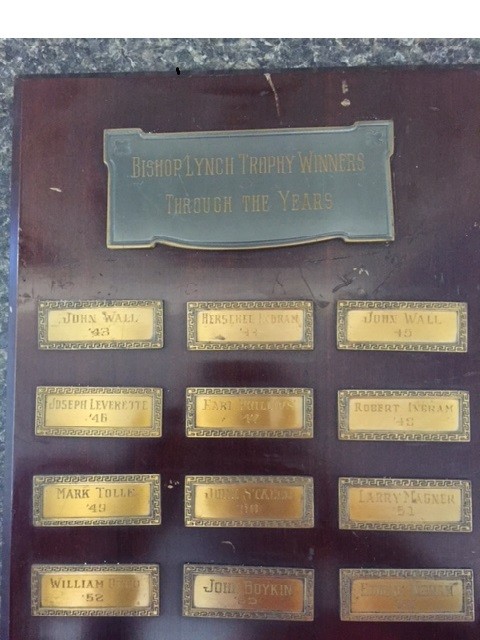 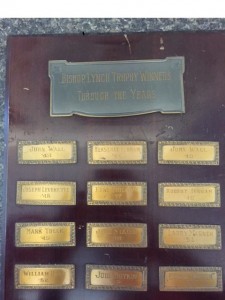 The November 1943 Roundup explains that in the later part of the school’s first year, Bishop Lynch awarded a trophy at graduation to an outstanding student. In Fall 1943 he endowed this award to ensure it became “an annual event.”

At that time a student from any grade level could receive this award. The Roundup states that “Every student is eligible for the trophy. No matter if he be a senior or freshman, he has a chance to merit. He need not necessarily be the most brilliant, the outstanding athlete, or a star debater, but the best all-around student who is successful in all school activities which he undertakes” (sic).

The May 1944 The Roundup describes the award’s purpose as “to honor the student considered most representative in his effort to attain the ideals of Jesuit and in his response to the influence of the school.”

The May 1946 The Roundup indicates that Shorty Wall won the first award in 1943: “For a while it looked as if Shorty Wall was going to permanently monopolize this award, having won it both in his freshman and junior years. Herschel Ingram, however, revives our hope when we recall that he stepped up to take the honors in ’44. . . . The decision is [and continues to be] the result of a vote of the faculty.” 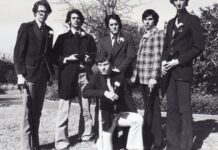