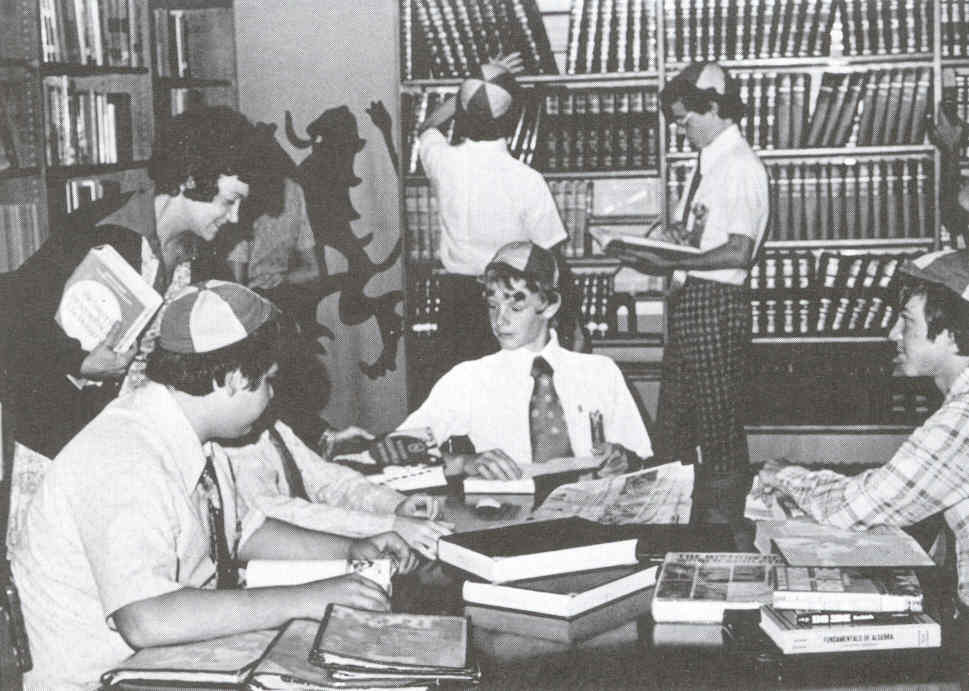 Home History Of History of the Dress Code

The dress code was addressed for the first time in the 1945-1946 Prospectus (the precursor to the student handbook): The attire had to be clean and neat at all times.

Students were not allowed to wear polo shirts, T-shirts, coveralls, or blue jeans. “It is highly desirable that Jesuit High students wear a tie.”

In the 1955-1956 Prospectus, the students were told again to dress in attire that is clean and neat at all times. “Suit coats or jackets must be worn at all social gatherings, entertainments, and like affairs sponsored by the school.”

Hair styles were addressed for the first time in the 1957-1958 Prospectus. “The hair should be worn at a reasonable length and in a reasonable style. Duck-tail haircuts and other peculiar styles are not permitted. Although the hair should be kept neat, it should be combed only in the washrooms. Students will be penalized for combing their hair in class or like places.”

An official school blazer seems to have been added in 1961-1962, according to the Prospectus and The Roundup. The October and November 1961 Roundups report that a regulation school blazer of olive green will be worn beginning November 1, 1961, with dark pants and tie.

The blazer’s “immediate purpose is to give to the school the atmosphere
of the good school that Jesuit is. . . and to give the individual student a sign by which he may be recognized as a Jesuit Student and also to build up his school spirit.”

Other dress issues are addressed as well in this Prospectus providing the most detailed description of dress rules. “The official dress for a Jesuit student is the school blazer worn with dark trousers, a white dress shirt, and a black tie. The shoes should be hard-soled or crepe-soled. Moccasins, tennis shoes, cow-boy boots, sandals, etc., are never allowed.”

The blazer was worn November 1 through March 31, but could be removed during lunch and physical education. The blazer was purchased at Sears Roebuck, Inc. on Ross Ave. The price was either $13.95 or $16.95 depending on the size. As usual, the clothes were to be neat and clean, shoes to be shinned, and shirt tails tucked. Specifically, Bermuda shorts were not allowed. When official dress was not required, the students would wear shirts with collars.

In addition, “Suit coats, letter jackets, or the school blazer must be worn at all social functions, entertainments, and the like sponsored by the school. . . The student’s name should be clearly marked inside the school blazer, coats, sweaters, etc.”

In 1964-1965 the student regulation booklet was now named “A Student’s Guide.” New information about the dress code notes that the “white, short-sleeved, open-collar sport shirt,” to be worn when the blazer was not required, could be bought at the Sears on Ross Avenue. During blazer weather a solid black tie was worn and could “be left in locker during lunch and physical ed.”

A blazer crest was introduced in 1965-1966. This may be different from the patches of the early 1960s.  “The official school tie and traditional dress shirt [were] stocked at the Varsity Shop on Hillcrest across from S. M. U.” In addition, shorts are mentioned as a choice, but no other detail is given. The official school tie was $1.00, and the Official School Crest was 75 cents.

In 1967-1968 designated shirt colors were introduced: “white (or pale blue for underclassmen, or pale yellow for seniors)” were bought at the Varsity Shop. The students did not have to wear the blazer on Fridays, but they could wear letter jackets and letter sweaters. Black socks were required.

The 1975-1976 Prospectus includes a picture of the “ideal student dress.” The student is wearing plaid pants. 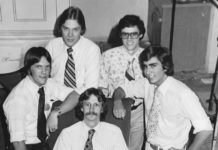